After running around for a few days, I was desperate to find a place to call home and put my stuff down for a few nights. I found myself in La Ciotat – a small city at an equal distance between Marseille and Toulon. I choose this place because of its central location, proximity to Les Calanques, and the nearby Provencal countryside. 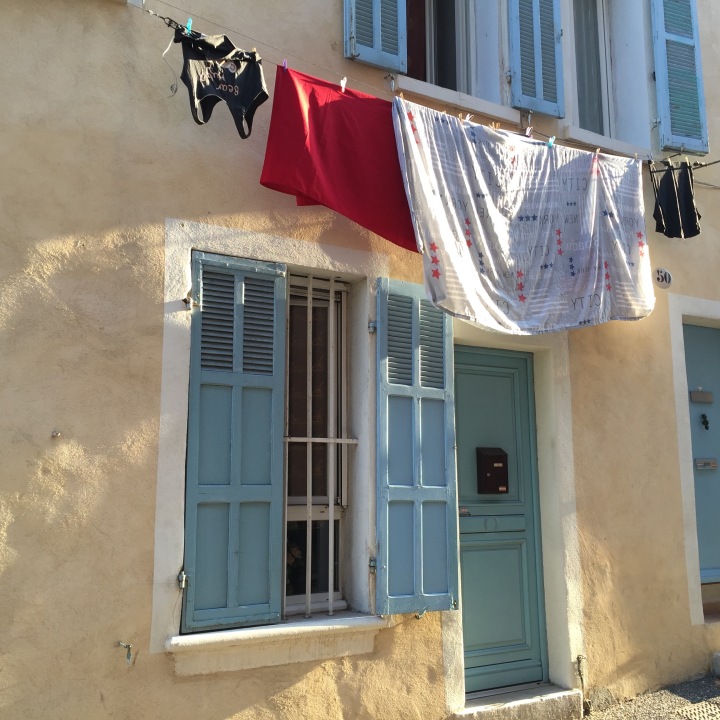 My first impression of La Ciotat was that it was a truly authentic French village. As there was only parking outside of the city walls, I had to roll my suitcase through plenty of windy, narrow, cobblestone alleyways to get through to my hotel. The buildings are vibrant with color and mystery, and the ever-present clothes hanging out to dry just add to the old-world ambience. 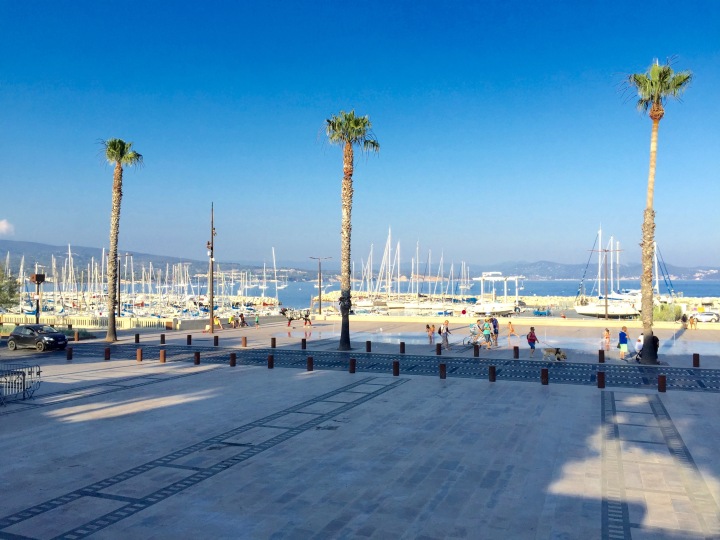 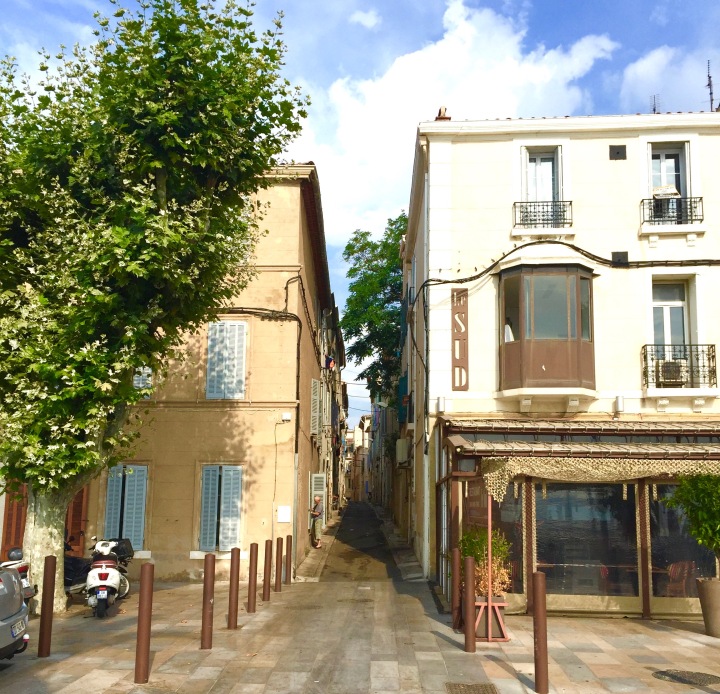 I checked into La Maison D’Odette and it was love at first sight. Beautifully decorated, spacious, and perfectly situated, it was an ideal place to call home for 3 nights. I loved the details and care that went into the design of this place. I have to admit though that I’m curious if other guests have mentioned any kind of supernatural activity in this room. I never felt alone. And yes, that is both equally spooky and intriguing to me.

The owners of the bed and breakfast also run a petit pizzeria not far away called Le Four Pop. I was there for the final match of EURO 2016 and had a fantastic pizza (I mean it) while watching the match on a big screen in a cozy and intimate dining room. I couldn’t have been happier – except if France would have won! They also have a cute little café across the way called Café De L’Horologe – whose walls just seep with La Ciotat’s history. Just next door there was a little pop-up shop for a few days featuring handmade shoes from a Parisian brand called Abigail. They’re unique and gorgeous shoes worth checking out – and it was the designer herself at the pop up slinging her goods all day in the scorching July sun – big respect for her living her dream!

What I didn’t know about La Ciotat before I arrived is that it is both the setting of one of the very first projected motion pictures, and home to the Eden theatre – the world’s oldest cinema. It only makes sense that to this day, La Ciotat is the site of not one, but several annual film festivals. 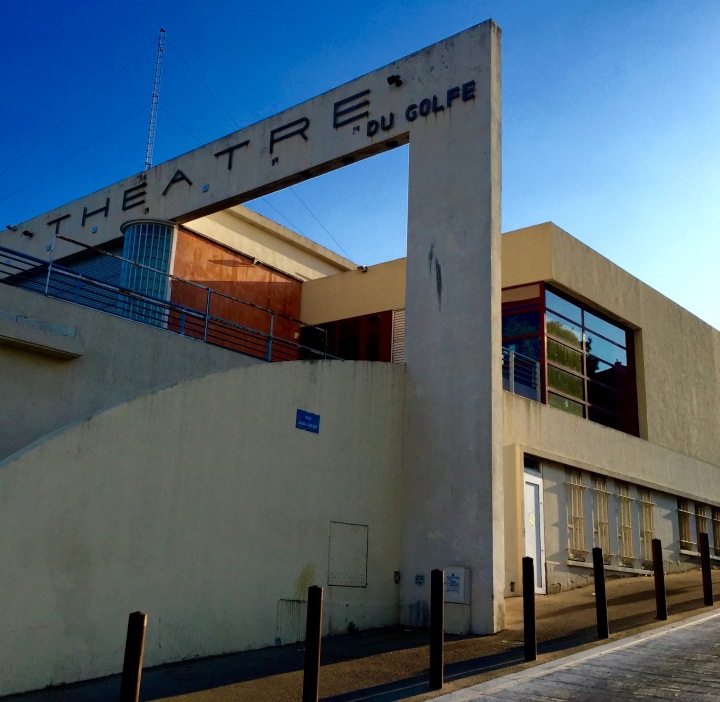 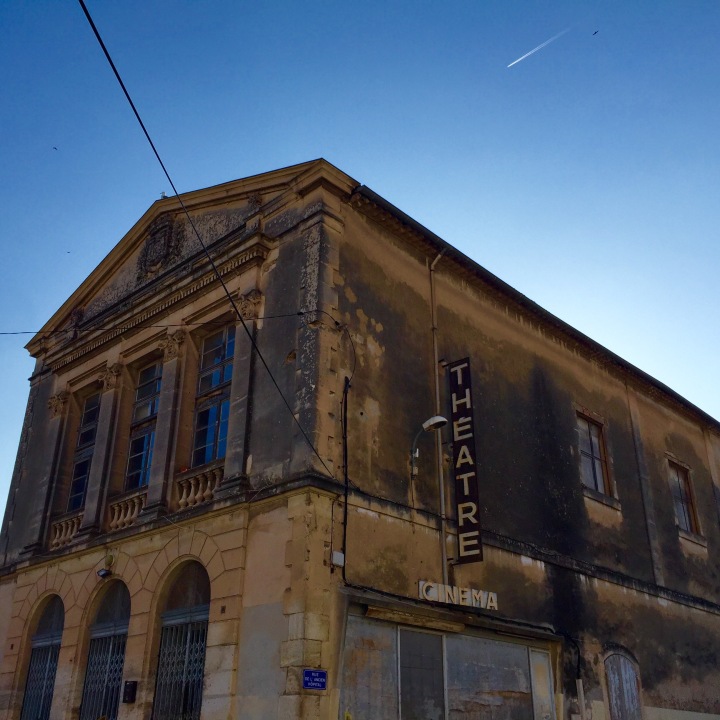 It is also the site where the wildly popular game of Pétanque was first invented and played going back to 1907. If you’ve ever traveled around through France or Italy, you have surely seen people playing this beloved pastime – in parks, in town squares, etc. At first glimpse it often appears to be just a group of men standing around staring at silver balls on the ground. That’s Pétanque!

Although La Ciotat is located directly at the seaside – the best and least crowded beaches are to be found on the outskirts of town. It is after all the very starting point of Les Calanques (A calanque is a narrow, steep-walled inlet that is developed in limestone, dolomite, or other carbonate strata and found along the Mediterranean coast). Thanks Wikipedia.

I was literally blown away to discover this pristine little beach just a short drive out of town called La Calanque de Figuerolles. There were plently of beach-goers at this stunning hidden cove, without being overwhelmingly crowded. To the left and right there were people jumping off cliffs and protuding rocks into the azure water below. Awesome for snorkeling. Nestled into the back of the cove is a restaurant and bed and breakfast that I would love to stay at on another trip. More info about this place @ La Calanque de Figuerolles.

Just a bit east of La Ciotat is Saint-Cyr-sur-Mer, which features gorgeous little coves winding along the edge of the sea. Finding a parking space can be tricky – but it’s all about showing up early to claim your space – for your car AND your beach towel.

I was so keen to find some great restaurants in La Ciotat – still recovering from the disappointing “culinary” experiences near the campsite in Portiragnes, both my belly and my soul were relieved to eat fresh and tasty meals once again. I even found a cute little Mexican restaurant called El Pueblo, which was incredibly authentic. They had handmade corn tortillas, fresh salsa, and even my favorite Mexican beer from Mazatlán – Pacifico. It was bliss.

Another great place was L’Office in – located in the old town overlooking the old port. The food was outstanding, and undeniably fresh. My waitress Melanie, a native Marseillaise, was extremely efficient and helpful in giving me tips for exploring the region, on top of being an excellent server. I appreciated her taking time to let me pick her brain about her favorite places to go. 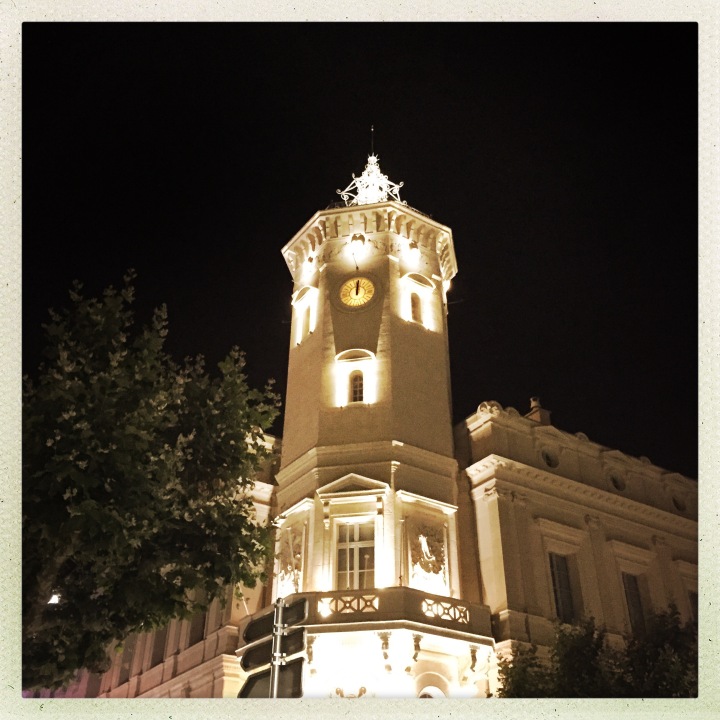 Overall, I think my favorite thing about La Ciotat was its grittiness. This isn’t a perfectly polished “Village Fleuris” – it’s a bit rough around the edges, and that’s exactly what I loved about it. It’s not overrun with hotels, tourists, and private beaches. After spending time walking around town a few days, I got a deep sense of genuine community in La Ciotat – and that its livelihood and vitality don’t depend on the tourist industry like so many other seaside towns in the south of France do. It’s got its own schtick, and it works well.

Thanks for keepin’ it real La Ciotat. Je reviendrai.

All photos were taken by June Liechti-Adamson (With the exception of the black and white featured photo of Pétanque in La Ciotat).

One thought on “La Ciotat – the cradle of motion picture history, the birthplace of pétanque, and so much more…”